This jackfruit and barley stew is super familiar despite being made with some less common ingredients. I season and roast the jackfruit before adding it to the rest of the stew, allowing it to slightly caramelize and soak up the flavors of the broth better. It has over half the daily recommended amount of fiber (over 16g) per serving, as well as a ton of vitamin A, potassium and iron (while also having zero saturated fat and of course zero cholesterol). If you’re a fan of traditional beef stew, do yourself, cows and our planet a favor and try this one next time!

I trialed 3 different brands of jackfruit for this recipe before deciding on the Upton’s Naturals lightly seasoned/shredded jackfruit. It’s a really good price comparatively and I like the shreds a lot. Roasting it allows it to release some juices to be able to soak up more of the stew’s broth, and if you want to go one step further, I’m a big supporter of roasting all the veg before adding it to the instant pot. 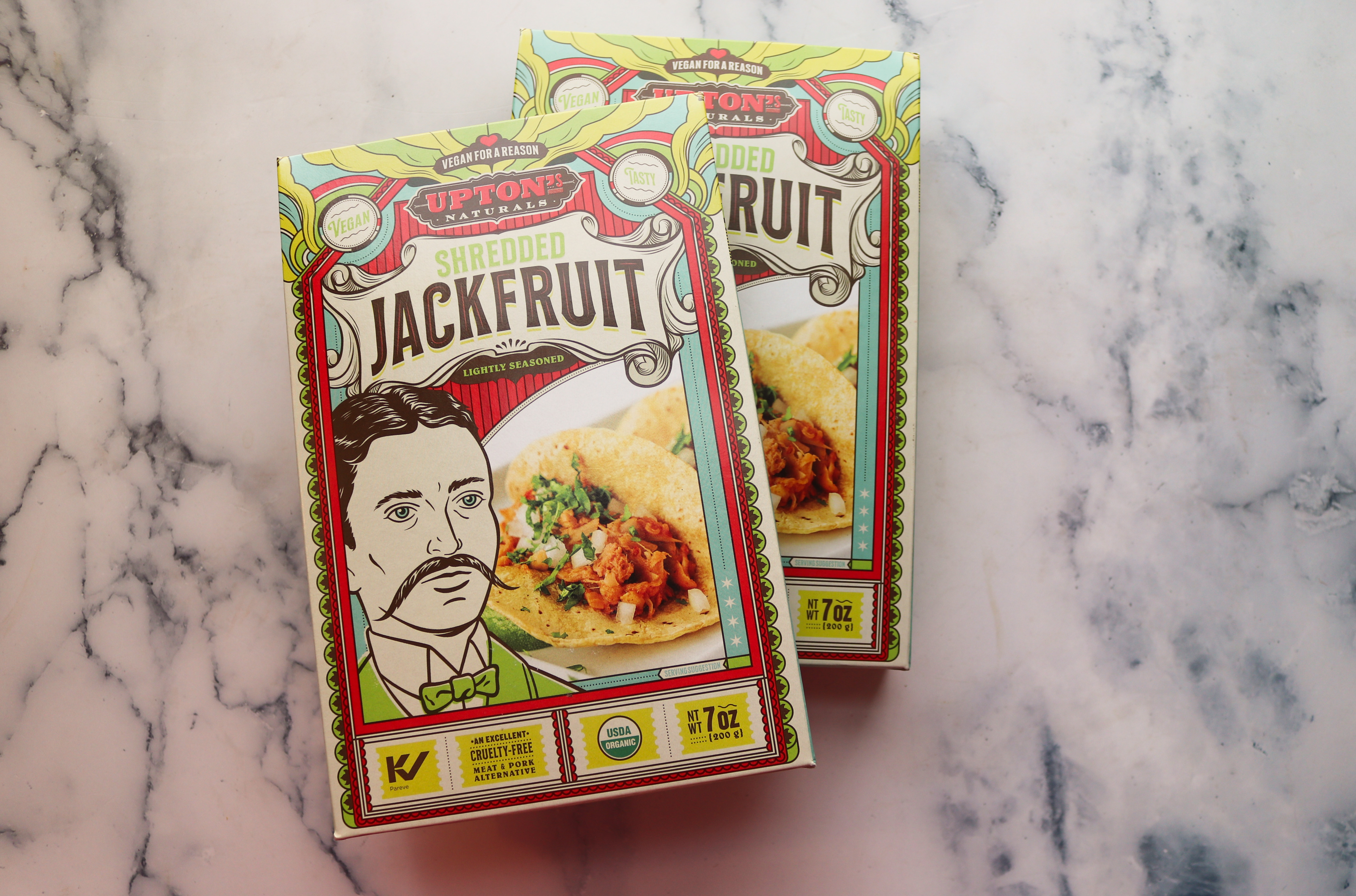 1 tbsp marmite (optional but I really recommend it)

7 cups vegetable broth (I use better than bouillon)

salt and black pepper to taste

In saute mode, cook down the onions, garlic, carrots and celery with a pinch of salt and pepper. Sprinkle in the tapioca starch and all purpose flour until well coated, then slowly add the vegetable broth while stirring. Add the pearled barley, cubed potatoes, balsamic and thyme then pressure cook for 15 minutes. Manually release pressure, stir in the caramelized jackfruit and cook on saute mode ~5 more minutes, or until potatoes and barley are soft.

salt and pepper to taste

optional – a dash or two of angostura bitters

In a medium sized bowl, stir together all the spices and soy sauce, then mix in the shredded and strained jackfruit. On a parchment lined baking sheet, roast for 10 minutes, then stir and 5 minutes more.