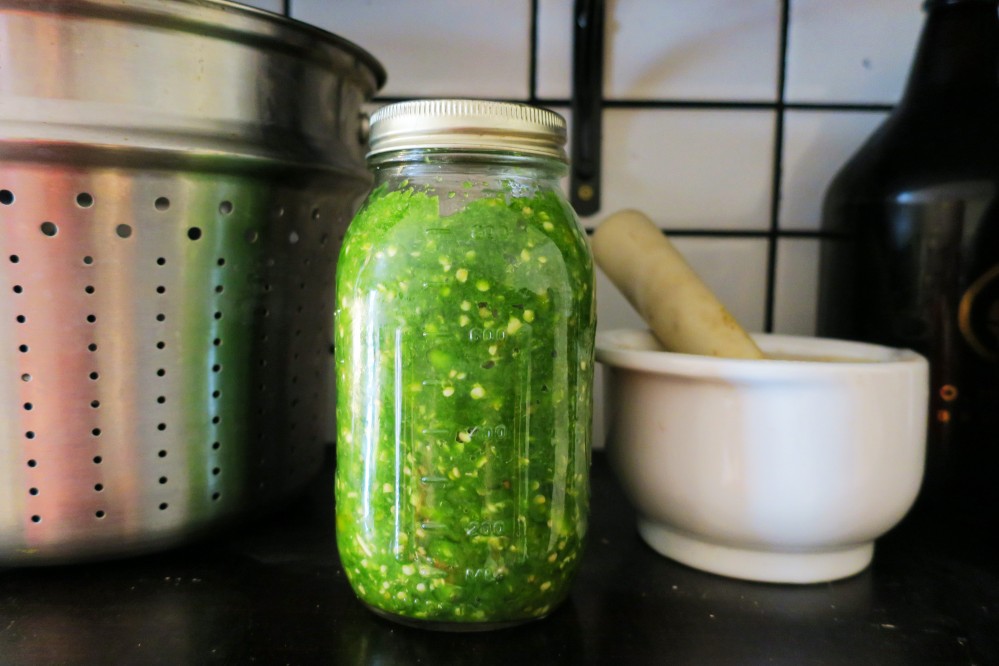 I’ve been fermenting things for several years now, but recently my rotting world has become a whole new beast. Last fall I started fermenting handfuls and handfuls of serrano peppers every month mainly for ease of use; Now I can buy them just once a month when I go to El Rey, where they are the best yet least expensive, and only spend maybe 5 minutes preparing them once vs cutting them every time I need one. The other benefits gained from fermentation such as increased vitamins and enzymes (often by 2 or 3 times), the probiotics boosting your immune system, and even the resulting better flavor are all just sidechicks as far as I’m concerned. Being able to buy something once, process something once and use it heavily for months is what’s worth preaching about. And it’s significantly cheaper! Cans of diced green peppers/chilies are ~$2 for 4 oz usually. ..this recipe, with all its beneficial probiotics and incredible flavor, is $1 for 16 oz. 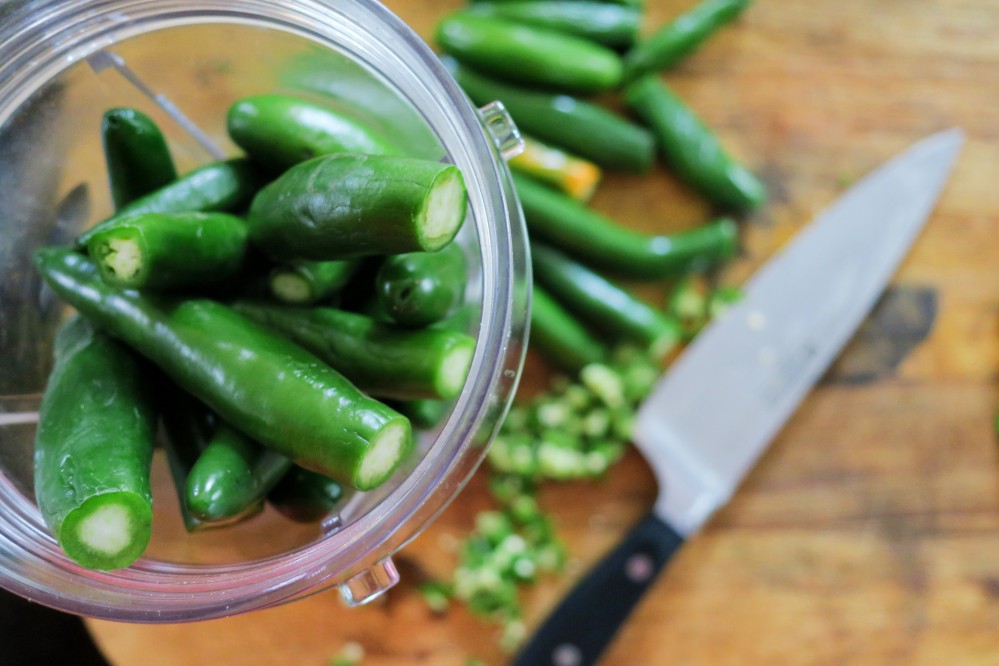 The ease of use, just scooping out a huge spoonful of peppers vs individually dicing them all the time, has me using them so much more than ever before. There is truly no situation in which this recipe doesn’t show you love. I took these pictures a few months ago but have since started blending all the peppers (as you can see in the pics, I used to dice half/blend half as to avoid them getting too blended but it’s not really a problem, just pulse and stir a few times). When I’m done with the peppers, I use the leftover juice in salsa, chili, to culture homemade sour cream (especially Cashew Sour Cream), in marinades or salad dressing.

I prefer salt only methods for preserving vegetables (vs whey, other starter cultures or a combination) as salt leaves the vegetables crunchy and more flavorful due to hardening the pectins. It’s also the best for long term storage.

I don’t use a weight when I ferment this recipe and instead I just give the jar a good shake once or twice a day to make sure everything is coated in brine. It also releases the carbon dioxide bubbles. Bubbles are a good sign, some people use it to dictate when to move the ferment into cold storage but I always push mine a little further to get that really tangy flavor I love.

serrano peppers (I use a couple of pounds)

De-stem and seed the peppers, then add to blender and pulse until finely chopped and uniform. Add peppers to a large jar and cover with water (try to leave 2 inches of head space at the top of the jar, as these will bubble up when you open it). For every 8 oz of water you used, add 1-2 tsp of salt. Add a lid and shake. Shake and burp the jar daily. Let ferment to your liking (I let it sit about 2 weeks).