This may seem like an ill-timed post, seeing as how most people associate relish with summer/grilling and, as much as we may try to fight it, that season is waving goodbye. But, you know what, I didn’t go to an Amish market at the beginning of summer and buy a crazy amount of little cucumbers (nor would I be able to because they’re not in season then)..so this post is coming to you now. Also, breaking that association with relish being just to top grilled sausages is in your best interest because it’s well placed on and in so many things. I’ve topped a bowl of savory oatmeal with it, put it in salad dressings and even on nachos. The stuff you buy in a squeeze bottle at the store, sure, bury that deep in your mind with its only connection to brats. But this? This would be a shame to not have on hand and eat all year. It’s the perfect balance of sweet and spicy, it’s aromatic, crunchy and fits in with nearly any cuisine. 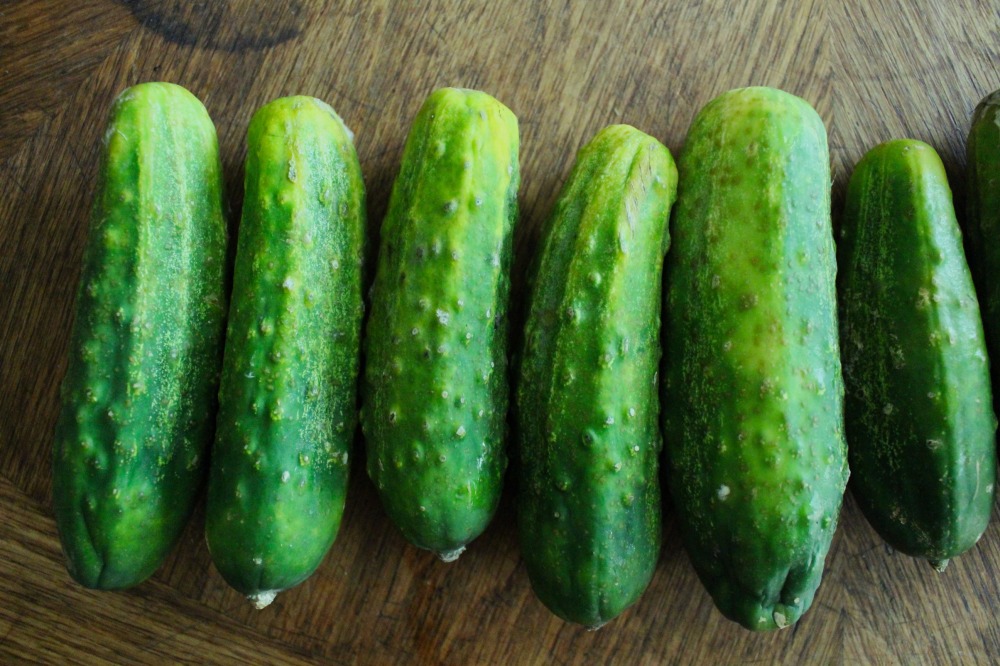 I had three types of pepper on hand when making this relish (some from the Black Hungarian plant, some from the Gypsy plant and some red bell peppers), but any single pepper or combination should suit you just fine. I made a huge batch, enough to share and enough to last me several months, covering nearly my entire little kitchen table in the sum of its parts 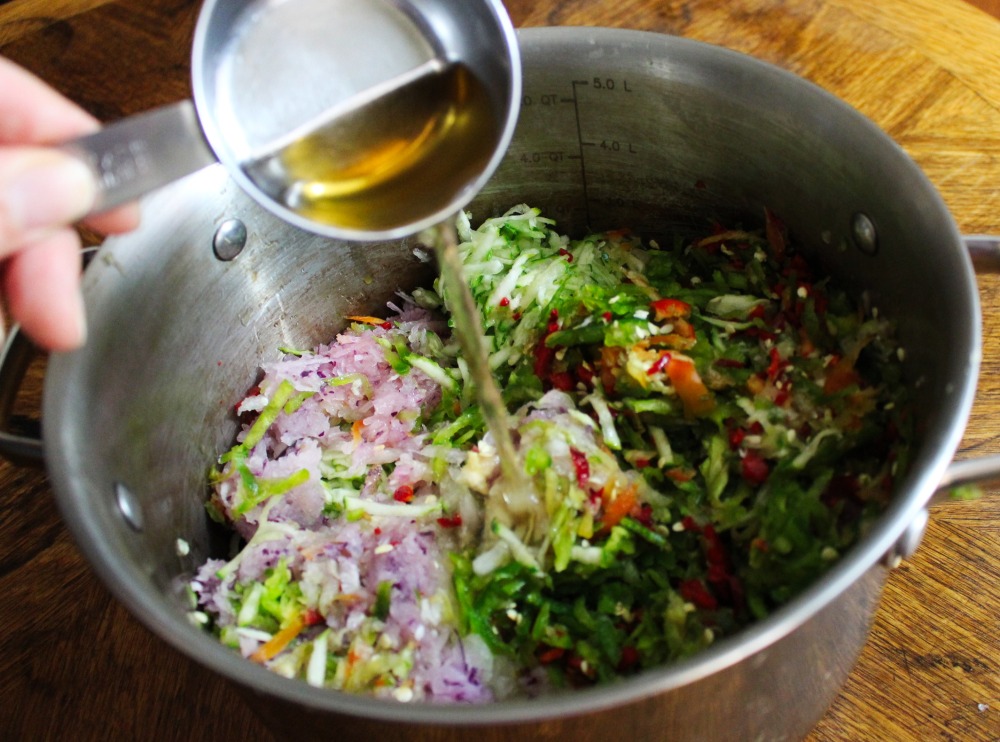 Traditional relishes are overwhelmingly sweet in my opinion, so I used a quarter of the sugar called for in most recipes. If you like your relish really sweet, that’s between you and your god and feel free to 75% more sugar than I did. Some advice if you do go that route, use hotter peppers, like a majority jalapeno, so that there’s still that lovable contrast between sweet and spicy there. 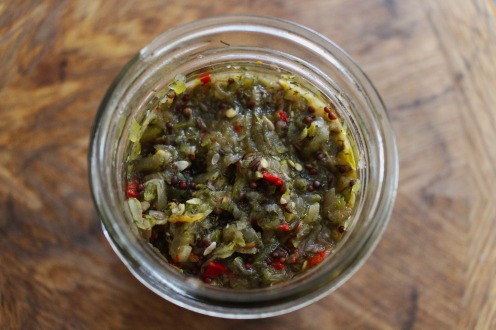 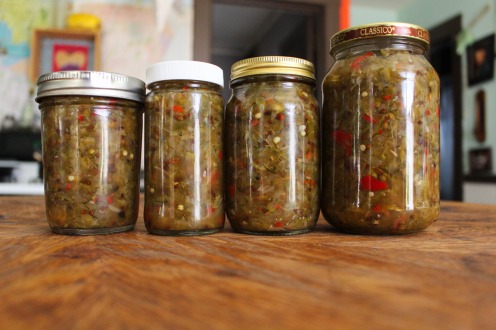 Combine the peppers, grated cucumbers, onion and 1 cup of the apple cider vinegar in a large pot. Bring to a simmer, stirring occasionally, until the liquid is reduced by 1/3 (~30 minutes). Drain, discarding the liquid, return the vegetables to the pot. Stir in the remaining 1 cup of apple cider vinegar, the sugar and all the spices. Bring to a simmer, cook 5 minutes, then pour into sterilized jars. Stays fresh for about a year in the refrigerator.

Here’s how I used it for lunch once: a board of  grilled leeks, garlicy sauteed kale, a quick tomato jam, flax/turmeric mustard, grilled pretzel flatbreads, german potato salad topped with deviled eggs, some sausages and, of course, the new pickle relish. 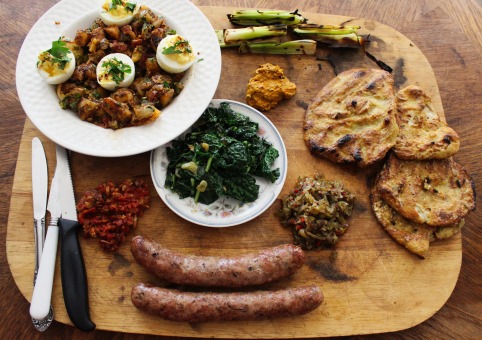 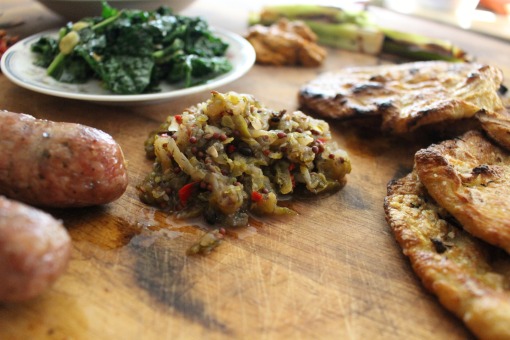