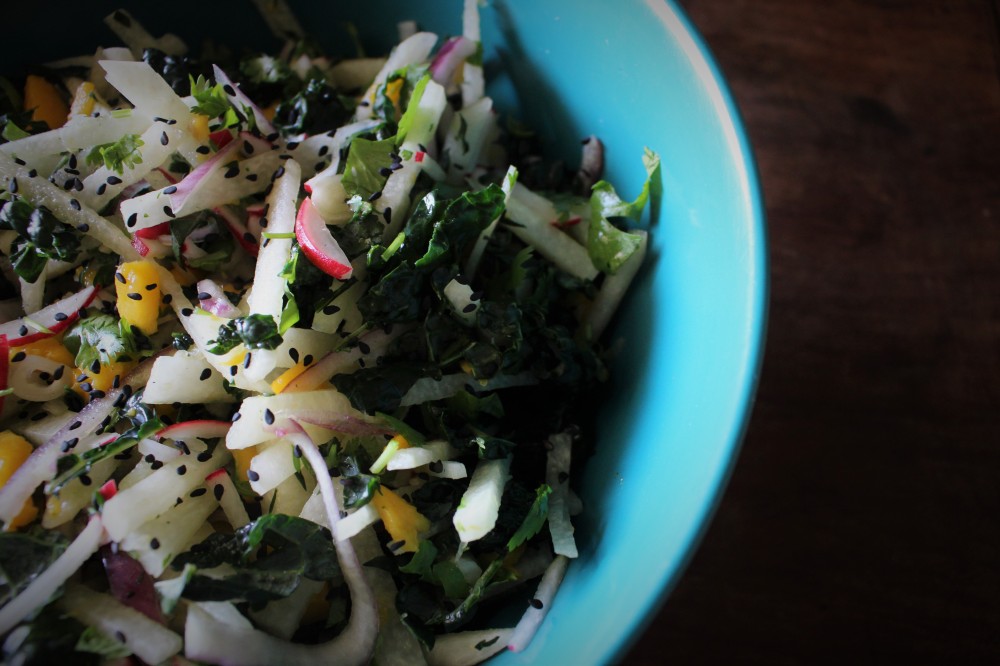 I first made a version of this Jicama Slaw for last year’s Gato de Mayo (my cat’s birthday) and loved it. Despite loving it and, upon first bite, thinking ‘wow I’m going to make this all the time’, it never became a staple. I just don’t think about jicama often, or even give it a second glance while walking past it in the grocery store. I imagine that’s true for most people, which is a shame because jicama is truly wonderful and so versatile. It’s not the most appealing or inviting looking vegetable, but once you finally get through the thick skin and take your first bite, this tuberous root’s charm is evident. It’s refreshingly juicy, crunchy and has a light, pear-like flavor.  I ate practically the entire other half of the jicama plain while prepping this slaw. 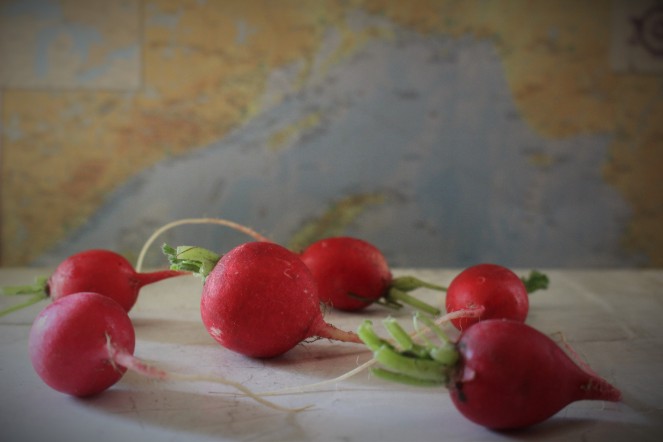 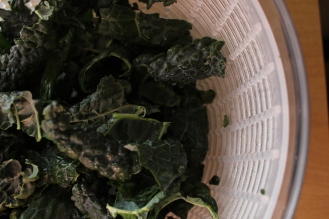 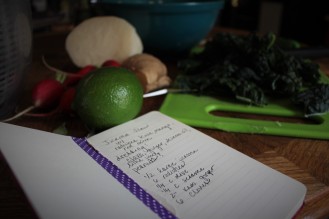 I have a post coming soon that makes use of this jicama slaw (a post I’m pretty excited about, Burton said it’s the best thing I’ve ever made O_O) but a big plate of it also makes a great lunch, it’s amazing in tacos or spring rolls. You could garnish a bowl of chili with it with it or even turn it into a nice kraut by fermenting it. The only thing you can’t do is not make it at all. 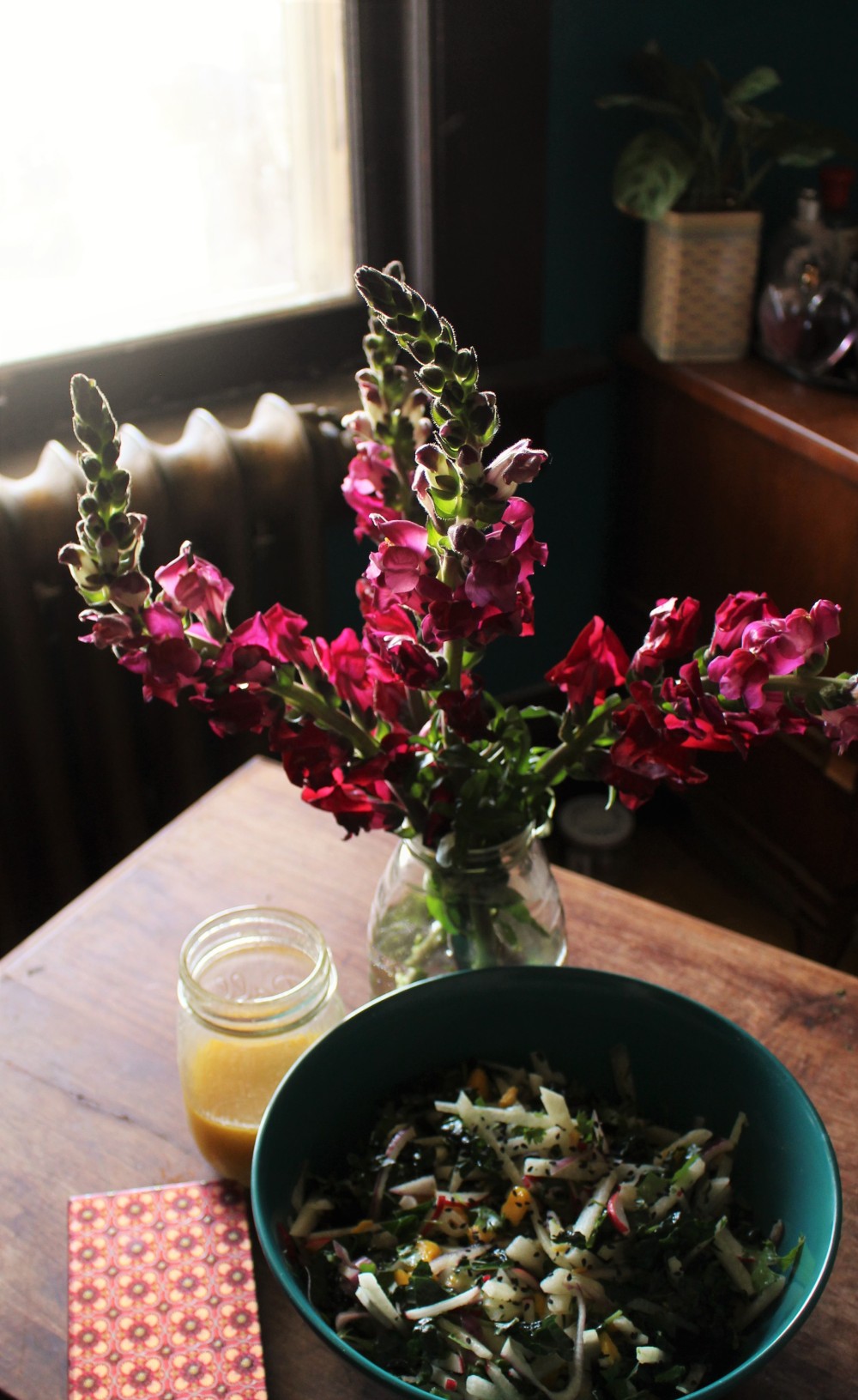 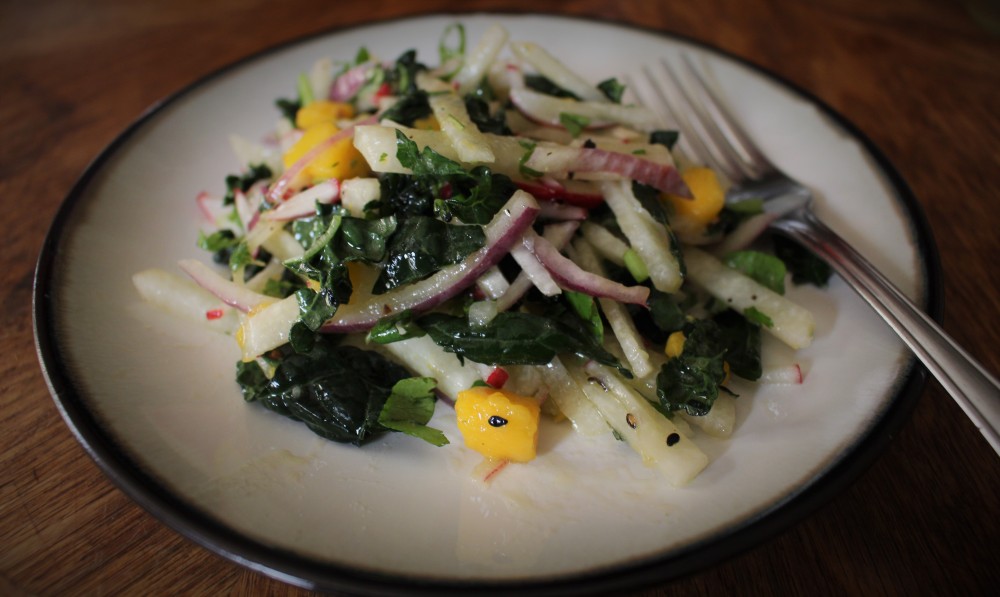 Serves 8 as a small side

1 mango, peeled and diced (I used an ataulfo)

3″ knob of ginger, peeled and cut into coins

In a small saucepan over low/medium heat, bring olive and sesame oil to a simmer. Toss in the ginger and 6 cloves. Remove from heat and let steep for 15 minutes. Meanwhile, in a large bowl toss together the rest of the ingredients. Strain the cloves and ginger from the oil, pour into a jar and add the lime juice. Shake until well mixed, then pour over salad.