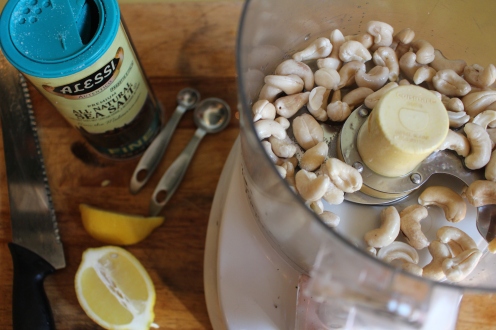 I’m in love with this cashew sour cream. While I’m not the biggest fan of the nuts themselves, cashew milk has always been my favorite nut milk. It’s so rich and creamy, and happens to be the easiest nut milk to make as it doesn’t require any straining. Just a little bit of water, soaked cashews and a minute in the blender and you’ll have some seriously luxe cashew milk. I’ve made cashew butter with coffee and dates that made its way into every smoothie, baked good and bowl of groats (well whatever Burton didn’t eat out of the jar while standing in the pantry, before even putting on his glasses in the morning). Anyways, now that you’ve seen how much love blended cashews can get, I’ll move on to today’s star: Cashew Sour Cream. 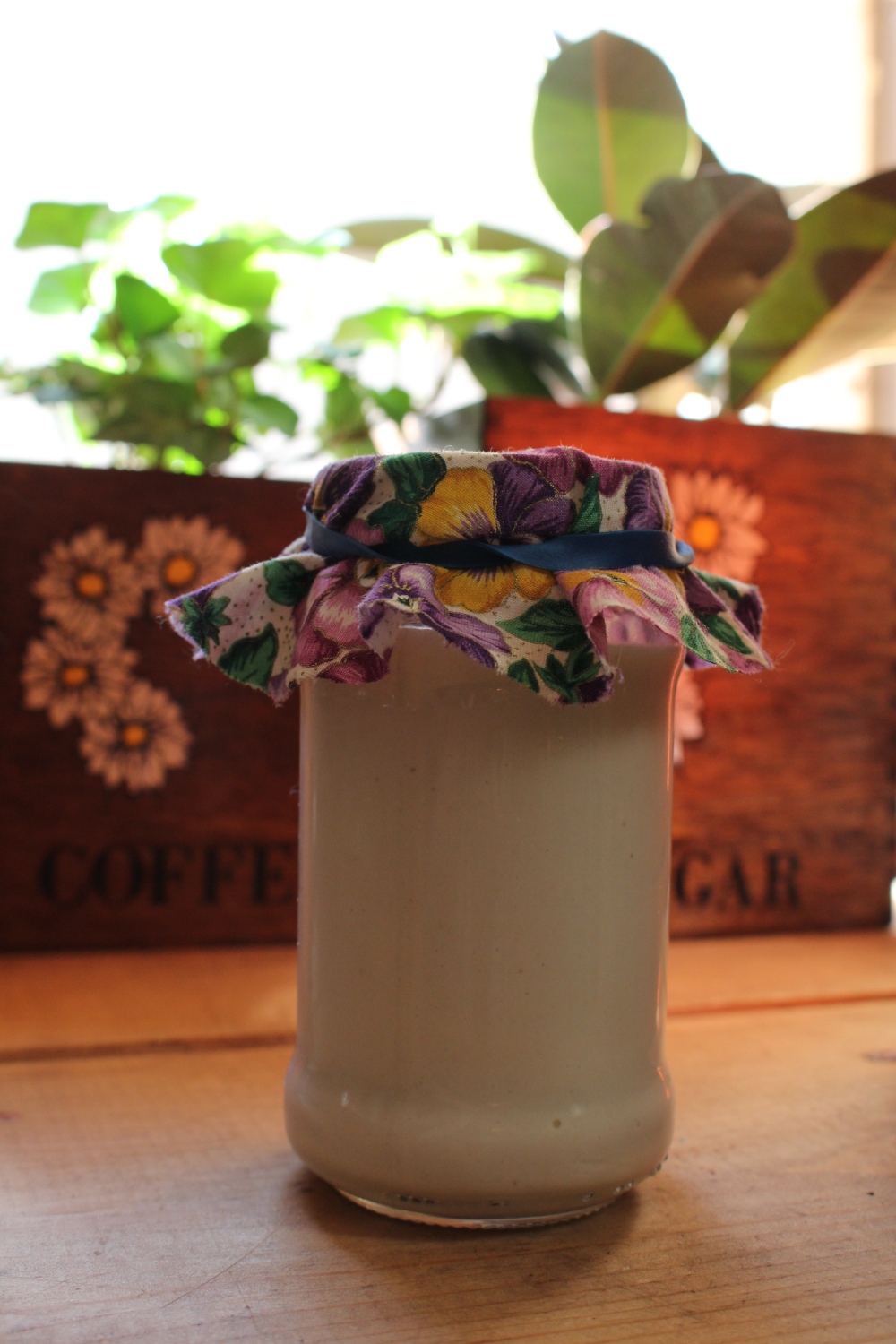 This kills the sour cream made from cow juice. It’s got the same familiar and addictive tang, but it’s also nutty, slightly sweet and rich. It contains lots of calcium and the apple cider vinegar (or acid of choice) in it further increases that calcium’s solubility. It can be used in pretty much everything and transforms any dish it’s in to something really spectacular. I’ve used it in green goddess dressing, spinach and artichoke dip, on tacos of course, in a spinach/kale saag, in guacamole. You can use it in place of mayonnaise in any recipe.

juice of one lemon

Strain and rinse the cashews well. In a food processor/blender, grind cashews, vinegar, lemon and salt then slowly add in the water until the desired consistency is reached. Cover with a clean piece of cloth, secure with a rubberband, and let sit in a dark, cool place for at 48 hours. 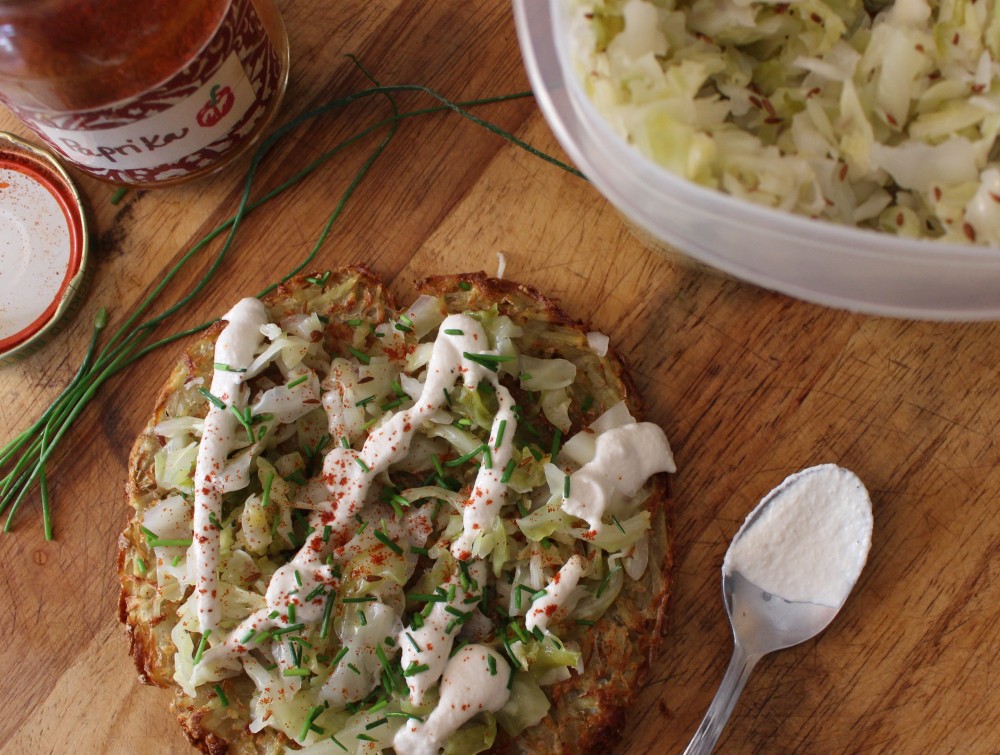